Disabled Israfil: A shining example of courage and hope

Crippled from knee-down from birth, Israfil had led a hard life battling with physical disability and innate destitution. The son of a farmer, Israfil’s only inheritance from his father was 33 decimals of land and knowledge of farming. Although he was ready for marriage, he had lot of trouble finding a partner since no one was willing to give their daughter’s hand in marriage to a disabled poor villager. Eventually, though, Israfil married a girl named lovely from an extremely poor family. Soon after their marriage, Israfil and Lovely gave birth to two daughters. With their daughters now aged 7 and 2, the family of four struggled to survive on their 33-decimal land, although the husband and wife labored day and night to feed the family.

In August 2012, Lovely became a member of SAJIDA Foundation’s PRIME. With her first loan of BDT 5,000 she started farming mustard. With the technical support and consultations of project staff, Lovely and Israfil made a profit of nearly BDT 15,000 from mustard farming on their land. Along with this money and some additional savings, Israfil leased a 1 bigha land(bondhoki). When the season for boro rice planting came about, he acquired a two-day training from SAJIDA on boro rice cultivation and used this knowledge to successfully start farming it.

Israfil was now determined to increase his income further. He received training on brinjal cultivation on export and started farming brinjal on 50 decimals of land, earning BDT 40,000. With this money he also purchased a cow that presently produces 5 kgs of milk, carrying a value of BDT 200. Lovely also received a grant of BDT 8,500 from the program for vegetable cultivation on commercial basis. With this grant Lovely is now producing organic vegetables round the year. Israfil and Lovely now have some financial relief and are working for a brighter future for themselves and their children free from poverty. 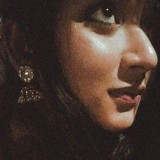